The Next Era of Remapping Caps Lock

I had previously written about remapping parts of the keyboard, but most of those techniques had stopped working as Apple continued to evolve the Mac.

The latest generation of Apple products was threatening my precious keyboard control. The TouchBar on make esc an awkward virtual key, and macOS Sierra broke Karabiner. It was a little rough there for a while. Shortly after Sierra was released Takayama Fumihiko created the Karabiner-Elements project, but it lacked much of the functionality of the original. Necessary step back to move forward, but no fun.

But that is all a thing of the past, the new era has arrived. Karabiner-Elements now supports complex rules.

The most important complex rule for me, especially for any Mac with a TouchBar, is the dual function caps_lock key.

The other mapping that I love having is control+h/j/k/l to be the arrow keys. This way I have vim-like navigation in every app. Some apps on Mac already map control-j/k to up/down, but if you remap it to the arrows it will just work like you expect everywhere.

How to set up these custom mappings

Karabiner-Elements has a fantastic way to import custom rules. If you have the app installed just click the following link and it will open automatically.

You will see a confirmation asking you to open it in the app:

It will confirm the rules you are importing: 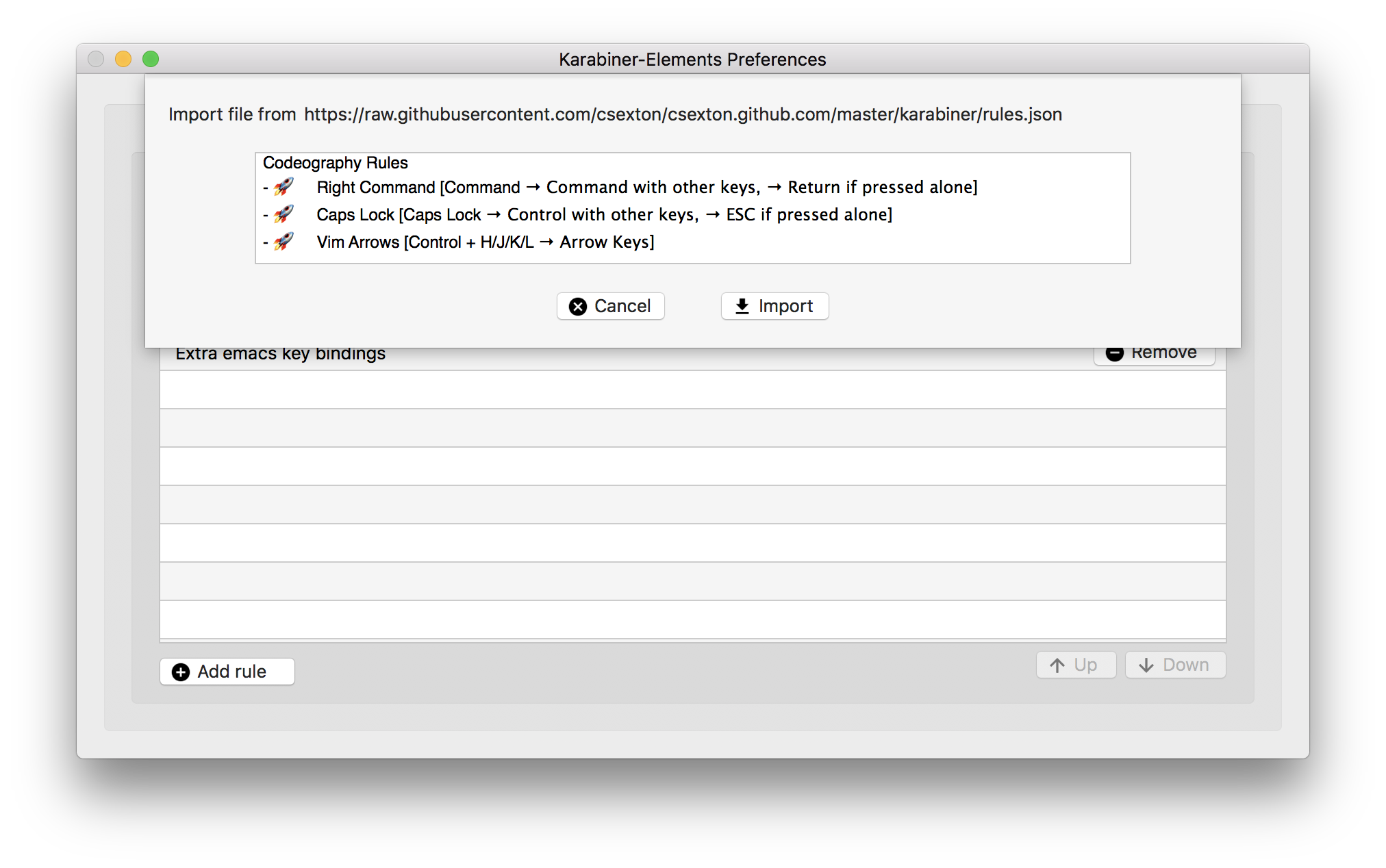 Then give you the option to add the ones you want. 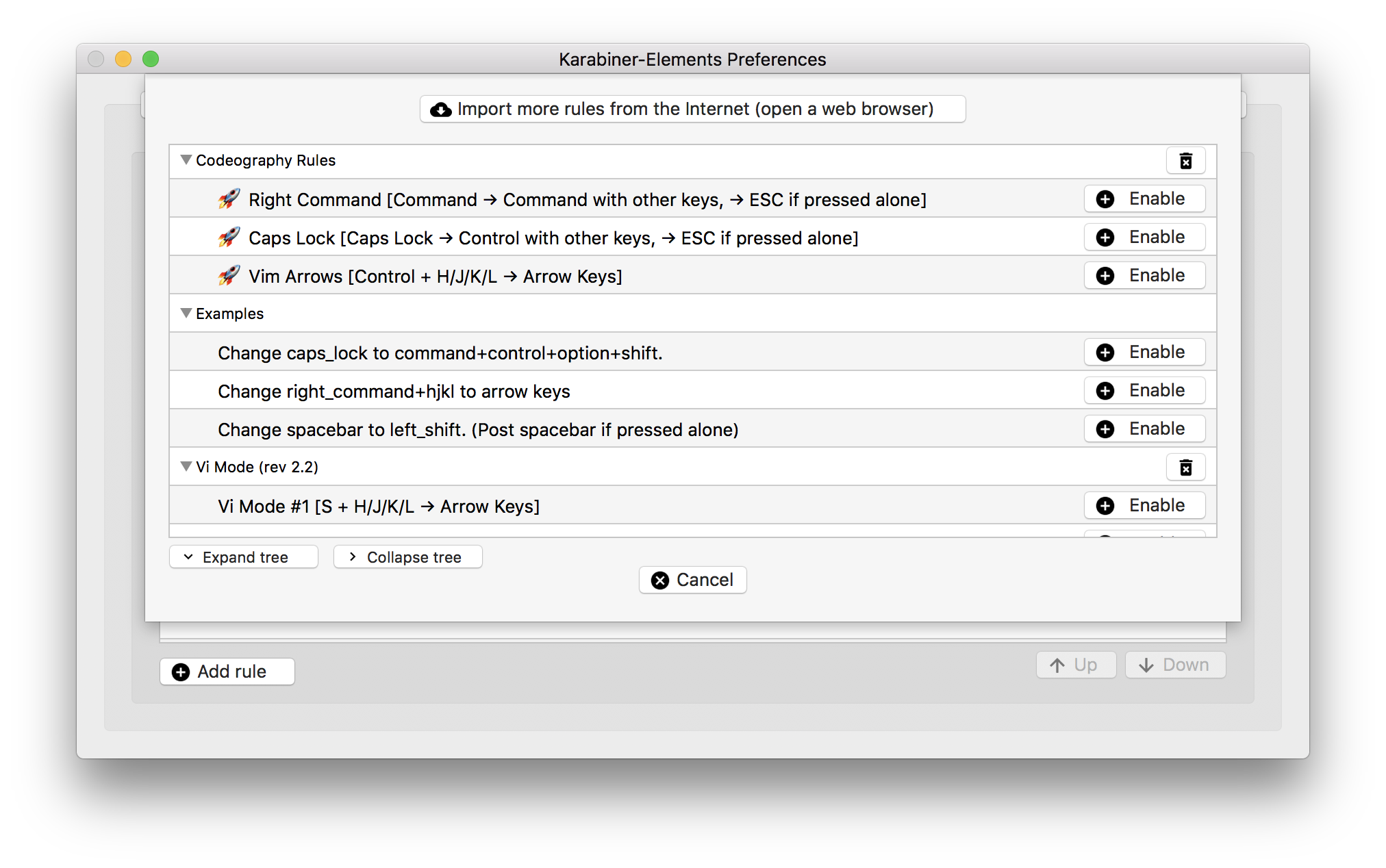 Let me know if this is helpful, or if you have slightly different configurations you prefer.